It has been a busy first quarter for the Travel Snob – lots of repeat customers (Thank you) and many new clients – the majority of them referred from my existing clients. People often ask me ‘Where’s hot’ not necessarily in temperatures, but where are people going and where is the new ‘in place’ to go….

New flight routes, anniversaries and major events, great exchange rates,guaranteed good weather are just some of the reasons the following selection of destinations and travel product will be top of the class in 2016.

South Africa: What a vast country and with the rand currently being at such a low, this makes it the prefect place to indulge ourselves – 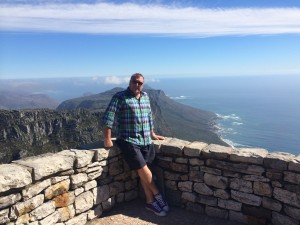 whether it be with amazing hotel’s, world class Safari’s, or just pure food and drink – you can have the most spectacular holiday. You can be as active or as laid back as you need in South Africa. We love South Africa and have been many times – each time it is like a different country. Side trips to Zambia and Botswana can also be done – or even stop off in Mauritius on the way home – the possibilities are endless to put together the most amazing Holiday for you.  Check this out for amazing deals at the  ONE & ONLY CAPE TOWN

Costa Rica: British Airways will begin a new direct scheduled service between Gatwick and San Jose in May 2016, making Costa Rica more accessible than ever. According to Kuoni’s Travel Forecast, British visitors to the Central American nation increased by almost 13% in 2015 but the added attraction of a direct flight is sure to further boost numbers. Costa Rica is a leading destination for eco and adventure tourism, with a quarter of the country comprised of national parks or protected areas. Its beaches, cloud and rainforest, volcanoes and coastlines (both Pacific and Caribbean) offer activities like hiking, canopy zip lining, diving and surfing. Costa Rica offers the perfect family get-away for those looking to do more than just lie on a beach.

Peru: Further south, Peru will also be firmly in focus – and again British Airways will play a leading role: the airline will introduce a

direct flight between Gatwick and Lima in May. The service was made possible by improvements to the Jorge Chávez International Airport, which has almost doubled capacity. Although the iconic Macchu Picchu is still the country’s biggest draw, the capital is no longer just a jumping-off point and is enjoying increased interest thanks, in part, to its gastronomy scene. One of my most favourite Hotel’s in the world is  Hotel B in Peru. I cannot recommend Peru highly enough – it is a magnificent country with beautiful people and Macchu Picchu should be on everyone’s bucket list.

India: A new and far simpler e-visa system was introduced for UK citizens travelling to India this August – which is likely to have a positive impact on tourism for the country in 2016. Travellers no longer need to take a day off work for an appointment at the chaotic visa processing agency or go through a laborious postal application. The e-visa process should take around four days and travellers will be able to upload documents, pay the balance and track their application online. The price has also dropped – from £89.44 to £39. I have been in India on numerous occasions and each time come back fascinated with the place. From the Golden Triangle in the North, the the tranquility of the South, this really is a country that need to be seen.

River Cruising in Asia: River cruising is enjoying a boom in this region, with many lines launching new ships on Myanmar’s Irrawaddy River and the Mekong River in Cambodia and Vietnam. Myanmar in particular

is relying heavily n river cruising as its infrastructure and accommodation struggles to keep up with fresh and heavy demand from high-end tourism. Having just returned in February from Vietnam whole heartedly agree that this sis a country that is a must see – and from the comfort of a River Cruise agree that there is no better way of experiencing this wonderful country. Luxury ocean line Star Clippers has fresh itineraries around Phuket, Sri Lanka and Singapore next year – its first Asian routes since 2010. Princess Cruises’ Diamond Princess will homeport in Singapore for the first time, sailing 10 to 14 day cruises to Vietnam, Thailand and Malaysia.

USA. The USA’s National Parks Service celebrates its centennial next year and will do so with a raft of special events and activities across its 407 national parks, “engaging communities and visitors through 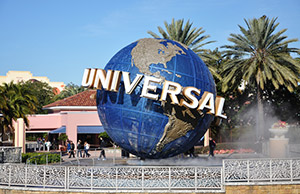 recreation, conservation and historic preservation programmes”. Fly drives remain very popular particularly with families with kids in their late teens. From East to West Coast there are a host of places to see and things to do – with flights now from regional airports in the UK and stop overs in other we can tailor make specific itineraries that suit each individual family. Vegas and New York remain the 2 most popular cities to visit.

Sri Lanka: The country’s tourism board talked up its investment in the UK at this year’s WTM, revealing that it will be launching a roadshow for the trade some time in 2016. Since 2010, tourist arrivals have

increased year-on-year, with British tourists regularly, and by some distance, coming second in terms of arrivals. There are many new hotels opening up along the coast, with different offerings but usually with an array of water-sports and restaurants. We stayed in the most wonderful place in Bentota – an open walled bathroom with views over the Indian Ocean. Hot food at Hot prices.

Dubai: this will always be somewhere close to my heart – having lived there for such a long time and seen so many changes. It certainly has works class hotels and works class weather. It’s only 7 hours away from the UK (with many local departures) making it also a great place for a shorter break. Many of my suppliers have some amazing offers year round. Staying within the Jumeirah Group on Half Board cuts

the cost down on eating and opens up a whole new world of eating – with a choice of over 70 outlets around Dubai to chose from – you would have to stay a long time to try them all out.

The Caribbean:  I have a great relationship with Sandals who offer the most amazing properties with their all inclusive packages – for both Adults only and Families (at their Beaches Resorts) all inclusive here really is all Inclusive, with real premium brand drinks (When you are f 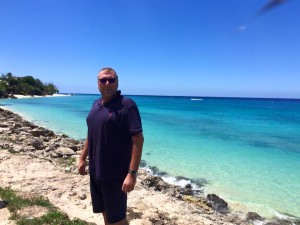 or a Gin they ask which one), Golf Included, WaterSports Included even Scuba diving.  Sandals selects his hotels based upon the location – they are some of the most wonderful, stretches of beaches in the world.  I am privy to some incredible deals – watch this space – which makes the caribbean much more affordable than you would think..

Of course for these and plenty more super exciting destinations you can call me 07990 018 018 or drop me an email David@thetravelsnob.co.uk