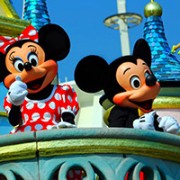 More than 12 million people are due to take a winter holiday with similar numbers still considering their plans to getting away, research out today (Thursday) shows.

Around one in five (19%) people are planning a winter holiday with nearly quarter (23%) still undecided.

Winter sun is the most popular option with 43% of people planning this option, according to the study by Abta.

A further 18% are planning a winter sports holiday, with an increase in numbers since 2012 due in part to so-called ‘lapsed skiers’ planning a return to the slopes as the economy recovers.

While city breaks have overtaken beach holidays to be the most popular type of holiday throughout the year, they take second spot for winter holidays.

People aged 25-34 are the most likely to take a winter holiday with more than a quarter (27%) saying they will take one. This age group is followed by people over 65 (24%), suggesting that winter breaks are most popular with people who more likely to able to holiday off-peak.

City breaks are often combined with a Christmas market trip. Top European destinations including Berlin, Frankfurt, Paris and Vienna.  London, Edinburgh and the Frankfurt Market in Birmingham are all popular in the UK.

Winter sports holidays are the top choice with younger travelers.  People aged 16-24 are over twice as likely to be taking one, while 39% of 16-24 year olds planning a winter holiday will take a winter sports holiday. Resorts in France, Italy and Austria remain the most popular destinations but travelers will also be heading for emerging ski destinations in Poland, Slovenia and Bulgaria.